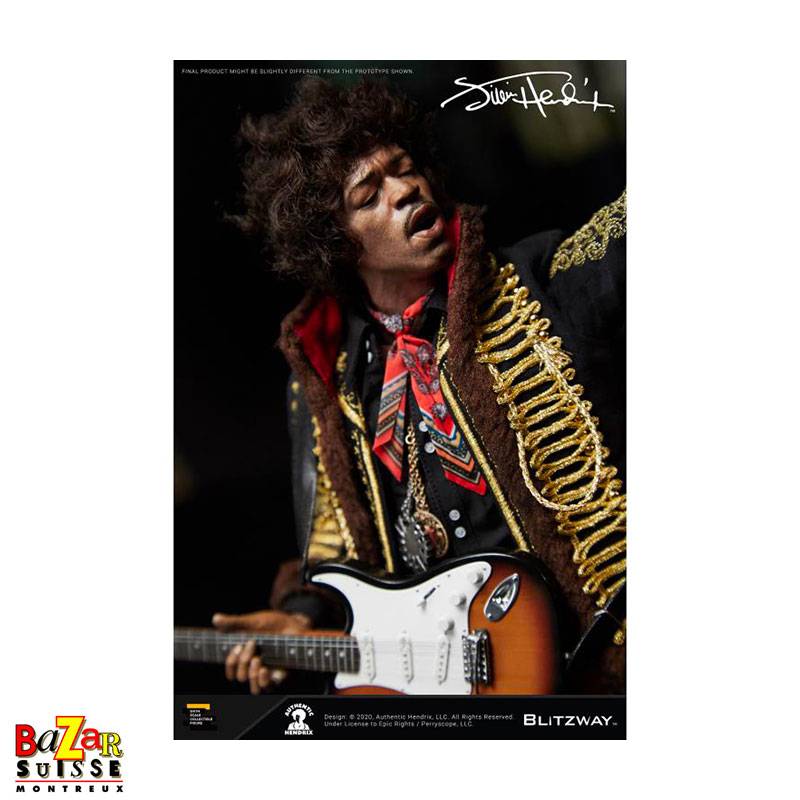 “The greatest instrumentalist in the history of rock music.” “The deity amongst gods. Guitar god.” “One of the most influential guitarists in history and one of the most creative musicians of the 20th century.”

Blitzway is proud to introduce this official 1:6 scale Jimi Hendrix action figure, a legendary musician who pioneered a new era of rock. Blitzway wanted the figure of Jimi Hendrix, who played music passionately with more feeling and imagination than anyone else, to embody his philosophy that life and music are inseparable.

They captured the realistic appearance of his expressions for people to feel his free soul when he performed on stage. They also realistically recreated the features that make him a unique left-handed guitarist and outfitted the figure exquisitely with his iconic attire. Features a highly detailed likeness of Jimi Hendrix and Curly realistic dark brown hair transplant.