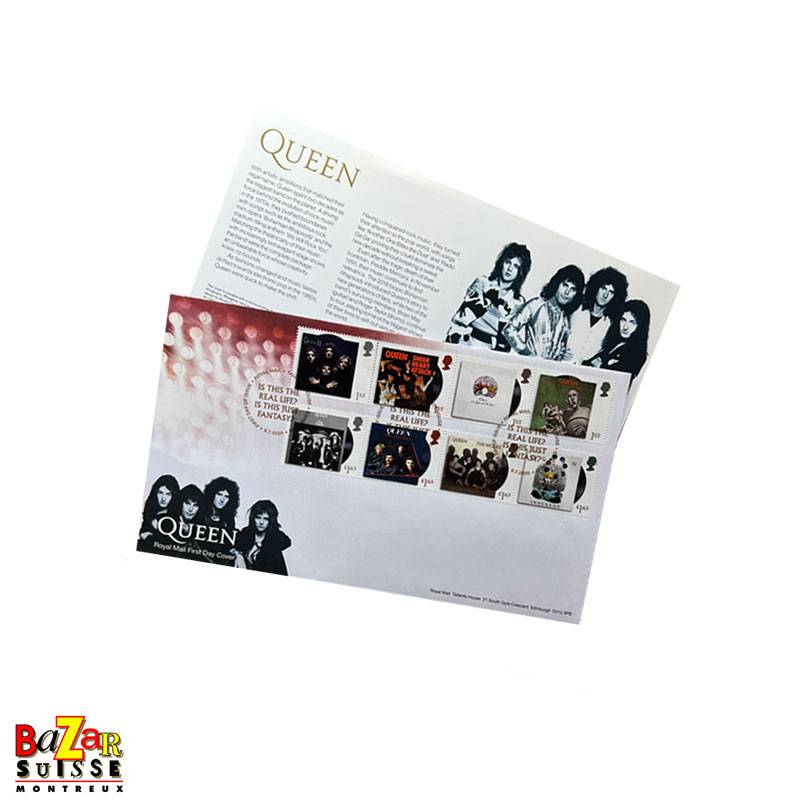 Includes 4 stamps of £1.63 and 4 stamps first class with the following album cover photos :