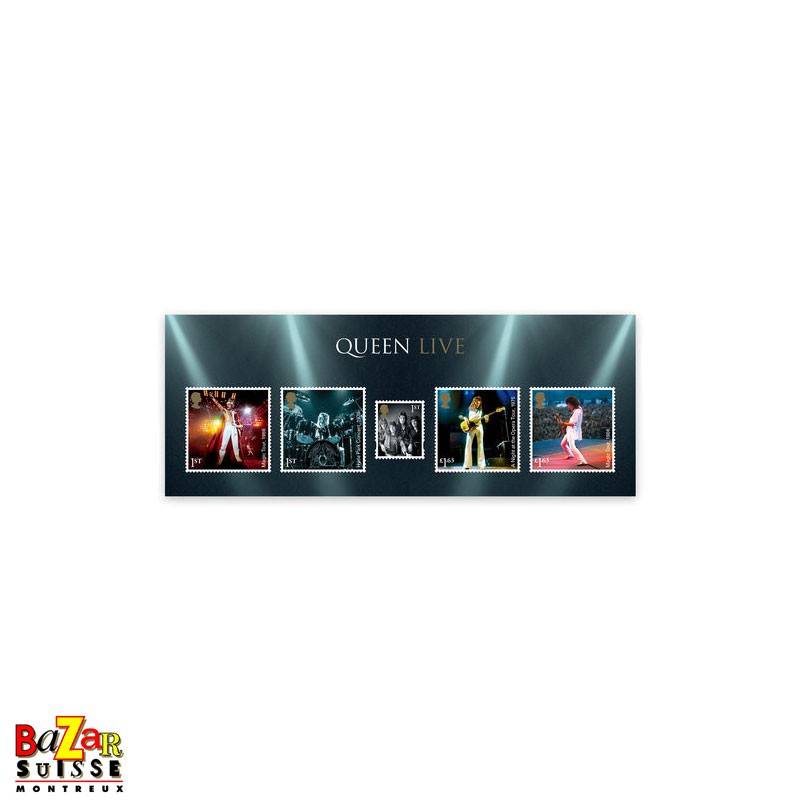 This Miniature Sheet pays homage to Queen and their iconic live performances.

Four of the stamps capture each of the original Queen line-up in performance while the fifth includes a group photograph of the band.

Magic Tour | 1986
Guitarist and vocalist Brian May at Népstadion in Budapest, Hungary. £1.63